Another advert from Samsung as part of their ‘Camera Reimagined’ campaign promoting the Galaxy S9 smartphone. This time, the advert features a skater girl continuously falling over while trying to perform tricks at a skate park.Her big sister manages to make her look “epic” by using the phone’s Super slo-motion feature.

The music in the advert is the 1994 track Now You’re Mine by the hit-pop group Gang Starr. The track is taken from their fourth album ‘Hard To Earn’ and is available to download. 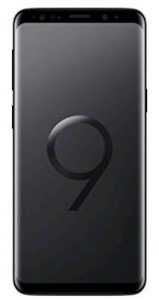