This new 2020 advert by EE promotes 5G on their network by taking viewers to a live A.R. performance in Birmingham of a Bastille song.

The performance is being streamed to crowds of people across the UK including Birmingham, London, Liverpool and Edinburgh. EE’s advert once again stars American actor Kevin Bacon who demonstrates how 5G is great for keeping mobile network users connected at busy locations. Commuters get to be a part of the world’s first 5G powered AR performance with the band Bastille performing one of their hits (more details below…) 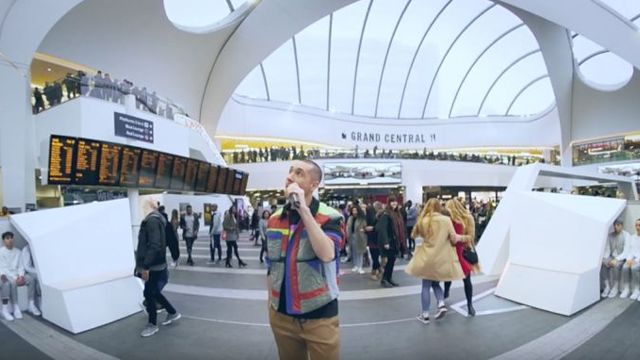 The song being performed in the EE 5G advert is the 2013 hit ‘Pompeii’ by English indie pop band Bastille. The song is the fourth single from their debut studio album “Bad Blood”. The track peaked at number two on the UK Singles Chart, number 5 in the US Billboard Hot 100 and also enjoyed great success worldwide.