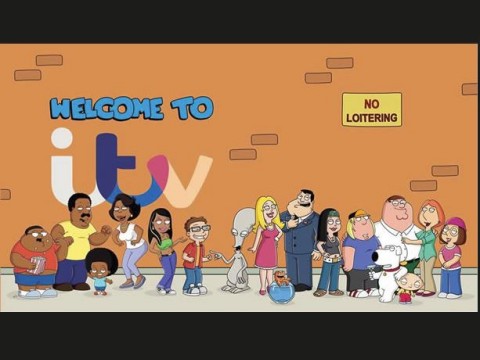 ITV2 Promote the ever popular late night animated shows Family Guy and American dad with this trailer. The dysfunctional families continue their shenanigans through summer 2019. A video of the trailer is not currently available. Showings are on ITV2 from from 10:35pm weekdays/Saturdays and 11:10pm Sundays. All episodes are available on ITV Hub.