The music in the Paco Rabanne Lady Million advert

The track is credited for introducing hip hop music to a wide audience. 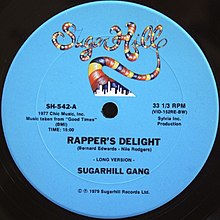 In fact it’s considered so important culturally that the song was preserved in the National Recording Registry by the Library of Congress in 2011.