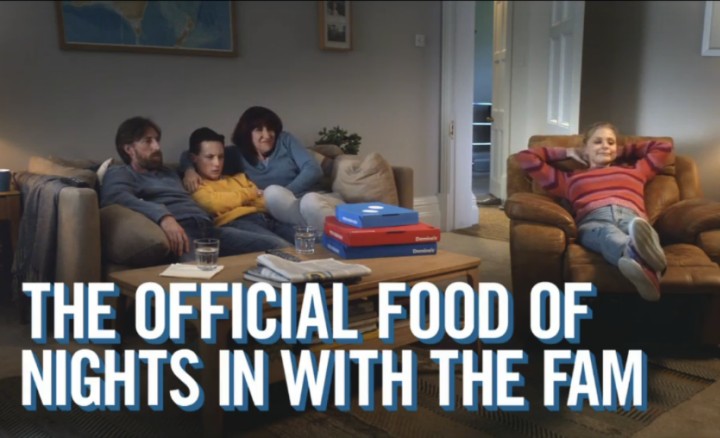 This Domino’s “Official food of nights in with the fam” TV advert is the latest of Domino’s official food ads. The commercial features a brother and sister undertaking in an epic fight to get to the recliner chair in the living room. The scene is in slo-mo to the backdrop of epic music for added effect. The family then sit to enjoy a night in in front of the TV with Pizza.

The music in the Domino’s official food of nights in with the fam advert is Mozart’s Requiem & Mass no. 19 in C Minor. Considered one of his greatest works, the mass was composed in Vienna in 1782 and 1783 after his marriage.